Not So Long Ago, In Iraq

“It hasn’t taken long for the Iraq war to feel like a relic of history. Although U.S. troops withdrew from the conflict a mere 17 months ago, the story of the war already seems set in a bygone era—circumstances that have quickly been buried under an avalanche of newer crises. Photojournalist Michael Kamber, who covered the war for The New York Times from 2003 to 2012, noticed America’s desire to tune out the war while the battles were still raging. Visiting home while on leave during the war’s early years, Kamber grew frustrated that Americans were ill informed about the conflict, leading, he felt, to a public that didn’t care enough about the bloodshed he was documenting. His frustration grew as the conflict wore on, as the U.S. military took an active role in encouraging public indifference by censoring what could be photographed.

Now Kamber has responded with Photojournalists on War: The Untold Stories from Iraq, a riveting account of the conflict as told by three dozen of the war’s most prominent photographers. Kamber’s interviews with his colleagues cover the war as they saw it—their passion for the story, their fears and daily complications, and the trauma they live with still today. Some of their images are among the most iconic of the war, some are previously unpublished, and many are gruesome, shocking, and utterly dispiriting.

1. Six weeks before the start of the war, a man sits drinking tea at the Al Zahawi cafe on Rashid Street, Baghdad, February 12, 2003. (Bruno Stevens)

2. An Iraqi woman walks through a plume of smoke rising from a massive fire at a liquid gas factory as she searches for her husband. The fire was allegedly started by looters picking through the factory. Basra, May 26, 2003. (Lynsey Addario)

3. An Iraqi child jumps over remains of victims found in a mass grave south of Baghdad. The victims were killed by Saddam Hussein’s government during a Shiite uprising here following the 1991 Gulf War. Al Musayyib, May 27, 2003. (Marco Di Lauro/Getty Images)

4. Samar Hassan,5, screams moments after her parents were killed by U.S soldiers from the 25th Infantry Division. The troops fired on the Hassan-family car when it unwittingly approached during a dusk patrol in the tense northern town. Tal Afar, January 18, 2005. (Chris Hondros/Getty Images)

7. A U.S. soldier watches an Iraqi man who collapsed while being arrested during a raid. Ramadi, January 24, 2006. (Guy Calaf)

8. A man is arrested by U.S. soldiers on suspicion of corruption and complicity in working with anti-coalition insurgents. Baiji, February 8, 2008. (Eros Hoagland/Redux)

9. A U.S. soldier marks the back of a man’s neck with numbers denoting his neighborhood and home, a system designed to help troops determine if people were moving around the village of Qubah despite a lockdown following a U.S. attack on insurgents. Qubah, March 24, 2007. (Yuri Kozyrev/Noor)

10. Rena was nine months pregnant and walking with her youngest sister in Sadr City one day in 2008, when a U.S. air strike tore off her leg, killing her unborn infant and her sister. Sadr City, February 2009. (Farah Nosh) 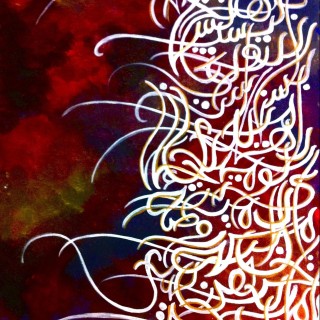